Dracula the Series 1990 – Children of the Night 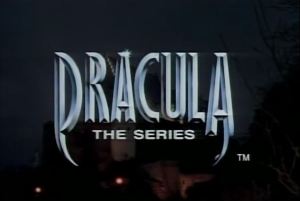 Dracula the Series ran for 22 episodes in syndication and was a combined Canadian-French-German production, filmed in Germany. Each episode is only a half-hour, and it was marketed as a family-friendly Dracula show. The pilot episode, “Children of the Night,” packs in a ton of info as we meet new characters and a brand new Drac. 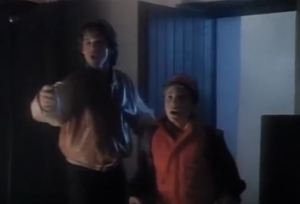 The superstitious young Max fears Gustav might be a vampire, so he goes to Lucard for help. Only then it’s revealed that Lucard is the one and only Dracula, and Gustav is from a long line of vampire hunters. Now that they know Lucard’s secret, Gustav and the three kids hope to find some way to stop the vampire’s evil schemes.

King of the vampires: Get used to the name Lucard, because that’s how this show almost always refers to Dracula. Oh, and “A. Lucard” is “Dracula” spelled backwards, in case you’re from another planet and haven’t gotten it yet. 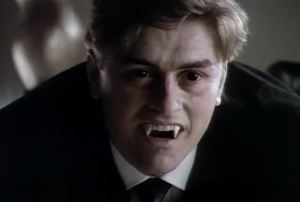 This is the big reveal. Are you scared yet?

Blood brothers: Younger brother Max is a monster fan, obsessed with all things vampires. He’s actually enjoying being menaced by Dracula. Older brother Chris’s thing is music. He’s constantly talking about how much he loves music, and he especially loves MTV. In one scene, his favorite style is rap, but in another his favorite band is Metallica. It has the stink of a clueless adult trying to write a teenager. 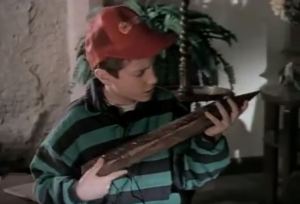 You’ll stake your eye out, kid.

The new Mina: We’re told that Sophie is living with Gustav while she “takes classes.” This is only backstory she’s given. Is it weird that the young girl just happens to live with an old man like this? Yeah, it’s kind of weird.

Stake master: We see very little of Gustav in this pilot. He pretty much up and disappears for most of it so the three kids can have their Lost Boys-style adventure. 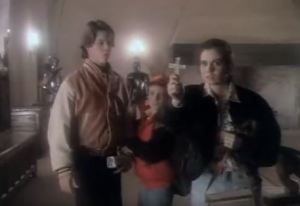 Slayer’s Handbook: Stakes and crosses are the two main weapons used against Lucard. Holy water doesn’t seem to work at first, but Lucard acts like he doesn’t want to touch the stuff a second time. People bitten by Lucard become zombie-like servants/henchpeople in his castle. When of them is staked, she explodes in blue and red lights. Also Lucard is hundreds of years old, and has super strength. Most interesting, though, is they actually do the rare “spill some seeds and vampires have to stop and count them” rule.

Behind the screams: Of everyone on the show, the most well-known is probably Mia Kirshner, who went on to have recurring or regular roles on 24, The L Word, The Vampire Diaries, and Defiance. She also starred in several movies, including Exotica, The Crow: City of Angels, and Black Dahlia. In 2008, she published her memoir, titled I Live Here. 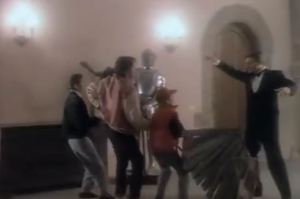 NOW are you scared?

Bite me: This is a 90-minute movie crammed into 30 minutes, just barely enough time to introduce the characters and have them fight Dracula. The pilot moves so fast that there’s no breathing room in any of these scenes. Now that the status quo has been set, hopefully we can have some real fun in episodes to come.

Next: Don’t cross me!