Rewatching the Universal monsters! The ones on the Blu-ray box, at least. Dracula might get top billing, but for Universal Studios, Frankenstein was the definitive monster, and studio’s biggest cash cow.

Here’s what happens: Dr. Frankenstein has a theory, using electricity to bring life back from the dead. How could that possibly backfire on him?

Monster!: How do you act when you have no dialogue and you’re under tons of makeup? If you’re Boris Karloff, you make it work. He takes a childlike approach his portrayal as the monster. Along with his sad eyes, he makes the monster sympathetic. When it comes to being monstrous, though, he goes from childlike to animalistic, throwing people around the room, all fury and raw strength. 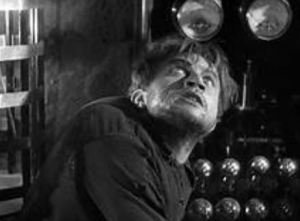 Also a monster!: Dwight Frye is back as the hunchback lab assistant Fritz. (Not Igor. We’ll get to Igor.) We’re never told why Fritz torments the monster like he does. Is this building off of Fritz’s superstitious nature, as seen in the start of the film, or does Fritz feel the monster is replacing him in Dr. Frankenstein’s eyes? It’s up to the viewer to decide.

Our hero: Dr. Frankenstein has often been analyzed for his God complex, but it’s his fiancé Elizabeth who is able to bring him out of his madness, and she’s the driving force for him to confront his creation at the end.

Hapless humans: There are a bunch of supporting characters, including Dr. Frankenstein’s friend Victor, his mentor Dr. Waldman, and the village Burgomaster. None of them can compete with Maria, the little girl the monster confronts by a lake in the film’s most controversial scene. Watching the movie today, I tensed up as soon as that scene started, knowing that little girl is about to GET IT. 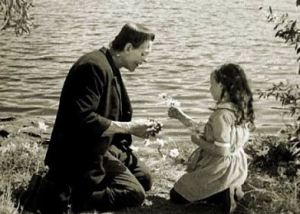 Frights: Pretty much anytime the monster is on screen, it’s a set piece. The monster attacks with pure brute force, and is an unpredictable element throughout. 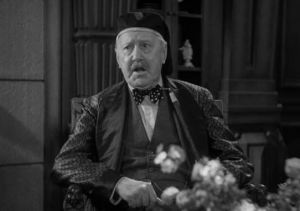 Laughs: Director James Whale snuck in a lot of humor into his horror films. I especially like Dr. Frankenstein’s bumbling father showing up at the castle with no idea what he’s in for. The elder Frankenstein later yuks it up some more in preparation for Henry and Elizabeth’s wedding.

Thoughts upon this viewing: Less than a year after Dracula, and you can see how the art and/or tech of filmmaking has taken a big step forward. Frankenstein really moves, with a lot of big blockbuster energy, and a truly epic climax. What else can I say? It’s freakin’ Frankenstein!

Next: Embalmer? I hardly know her!