Reading the Fantastic Four comics from the start. The Heroes Reborn event ends (except it doesn’t) with the Heroes Reunited crossover in the volume 2 #12 issues of Avengers, Iron Man and Captain America.

After last week’s blog about vol. 2 issue #12, the first part of the Heroes Reunited crossover, I planned on writing just one paragraph summarizing the remaining three parts, but upon rereading them, they’re so crazy and there’s so much going on, that they deserve their own post this week. In the first part, Galactus and his heralds arrived on Earth. The four heralds – Silver Surfer, Terrax, Plasma, and Air-Walker – set up four capacitor devices on four locations around the globe. The FF, the Avengers, and the Inhumans worked together to stop the capacitors, while Dr. Doom snuck around with a plot to steal Galactus’ power cosmic for himself. Despite all the fighting and action, the heroes were too late, and the Earth was devoured.

Here’s the thing, though. Avengers #12 was published after Fantastic Four #12, but takes place before Fantastic Four #12. This means Dr. Doom can time travel from FF #12 backwards into Avengers #12. This is the type of crazy storytelling structure you can only get from comics. The issue begins with a wrap-up of the “two Thors” storyline in which the original Thor performs an explosive Viking funeral for the now-dead second Thor. Then, aboard the S.H.I.E.L.D. Heli-carrier, the Avengers and Nick Fury get word of Galactus’ approach. Then Dr. Doom time-travels into the room, saying he’s already seen the Earth destroyed in a previous timeline, and only he survived. He warns everyone to stop the heralds before they set up the capacitors. Once he’s alone, Doom insists that heroes have to defeat the heralds, and only then can he steal Galactus’ power.

It’s time for another globe-hopping superhero battle. The FF in Moscow, the Hulk at the South Pole, the Avengers in LA and Hong Kong. The FF fight the Silver Surfer, with the Surfer again tempted to betray Galactus but still not quite doing so. Reed uses his nullifier tech to boost his teammates’ powers, and they almost stop the Surfer, but it’s too late. S.H.I.E.L.D. bombs all of Moscow (!) to destroy the capacitor, killing the FF along with it (!!). The Heli-carrier then kamikazes onto the second capacitor to stop it, and the Hulk and Vision stop Firelord at the third capacitor, with the Hulk severely injured in the process. Thor, Captain America and Hawkeye team up to fight Terrax. They destroy the fourth capacitor, only for Hawkeye to be killed by Terrax. Galactus arrives in New York, deciding he didn’t even need those capacitors and he uses an “elemental converter” to start devouring the Earth. The Silver Surfer finally chooses to join the heroes, and the remaining Avengers attack the converter. Dr. Doom activates his time machine and disappears again. What happens next is confusing the whole universe getting all weird, but basically both the Earth and the sun are devoured, leaving behind only Thor’s hammer, all alone in space – another Viking funeral.

That’s twice in two issues that the Earth is destroyed, so let’s go for a third in Iron Man #12. This issue takes us back in time again, to just before Galactus’ arrival on Earth, but clearly we’re in a different timeline, because we start with the FF hanging out with Tony Stark and the gang, with the “gang” being a group of heroes who’ve been hit with gamma rays – the Hulk, Doc Sampson, and our very own She-Hulk. After some business of the heroes getting to know each other, the heralds arrive on Earth. The FF fly off to meet the heralds, while Tony is confronted by Dr. Doom, just having time-traveled here from Earth’s destruction in Avengers #12. Tony doesn’t trust Doom, but then Doom drops quite the bombshell. Dr. Doom remembers Onslaught, and he knows he came from the original Marvel Universe. Doom blames Tony for taking him into the portal at the end of the Onslaught crossover, and says Tony owes him for this.

Tony and Dr. Doom board the S.H.I.E.L.D. Heli-carrier, where they meet up with Nick Fury and the Avengers. Fury reports that heralds have killed the Fantastic Four, complete with a depiction of the heralds standing over the dead FF. From there, the remaining heroes once again split up into four teams to fight the four heralds and destroy the four capacitors. They seem to be winning, while Doom, Tony, Bruce Banner and Ant-Man work together rebuilding Reed’s nullifier to stop Galactus. The big G arrives in New York, proclaiming, “I hunger!” Iron Man and the Hulk fire the nullifier at Galactus, but it fails. As the Earth is devoured again, Doom quickly downloads a bunch of S.H.I.E.L.D. documents from the Heli-carrier and time-travels out of there.

Now we go Captain America #12, set 24 hours earlier, and the score is three points for Galactus and none for Earth. This one begins with Rikki Barnes, a.k.a. the new Bucky, confronting Dr. Doom as he time-travels right in front of her. He says that according the S.H.I.E.L.D. files, Rikki is a “chronal anomaly.” Captain America steps in to save Rikki, and Doom explains that the Earth is in danger and they must act now. In this version of events, the FF are in New York, fighting all four of the heralds at once. The FF are about to die, but Doom and the Avengers jump in to save them. Cap takes the leadership role, keeping Doom and Reed from fighting.

Aboard the Heli-carrier again, Doom tells the other heroes everything, and that his time machine is damaged, so this is Earth’s last chance. Bruce Banner comes up with a plan, to defeat Galactus by giving him exactly what he wants. As the Avengers and the FF mingle, Rikki wanders off by herself, wondering if being a “chronal anomaly” means she was never meant to exist. The Silver Surfer flies down from space and says Galactus cannot be stopped, and he wants Rikki to warn the others. The Surfer flies off with Rikki hanging off of his board, and Cap pursues on his cool flying motorcycle. They fly to Galactus, who blasts Rikki off the surfboard. Cap takes the severely-wounded Rikki back to the other heroes, pleading for them to help her.

With the battle won and the Earth saved, Reed offers his hand in friendship to Doom, but Doom wanders off, saying wherever he goes, he goes alone. Captain America and Nick Fury have a heart-to-heart, about how S.H.I.E.L.D. told Cap what he needed to hear so that he’d pick up his shield again. He adds that Rikki is going to be just fine. Turn the page, and there’s the Watcher speaking directly to the reader, saying these heroes do not know that this threat was one they’ve faced before and will again. He concludes by saying, this has been only one of the many tales of the Heroes Reborn.

You’d think that would be the end, but Heroes Reborn has one more crossover in it before it ends, and if you think these issues were crazy, it’s going to get even crazier… next week.

Unstable molecule: There’s a lot of talk about how Reed, Doom, Tony Stark, Bruce Banner, and Hank Pym knew each other in college, calling themselves the “Knights of the Atomic Roundtable.” I wonder if somebody at Marvel was trying to pitch that as the title of a series.

Fade out: In Moscow, Sue tries to protect her teammates from the S.H.I.E.L.D. missiles, but the missiles succeed in blowing them all the kingdom come. What did S.H.I.E.L.D. put in those things?

Clobberin’ time: Ben says, “Eat my shorts!” at one point, revealing that The Simpsons exists in the Heroes Reborn universe.

Flame on: Johnny doesn’t fare well in these issues, getting defeated in battle by each of the heralds in each timeline.

Fantastic fifth wheel: She-Hulk debuted in Heroes Reborn: Iron Man alongside Hulk and Doc Sampson as the somewhat incongruously-named Hulkbusters. She-Hulk and Ben get all flirtatious with each other, when previously they’d only been friends.

Commercial break: Can we not? 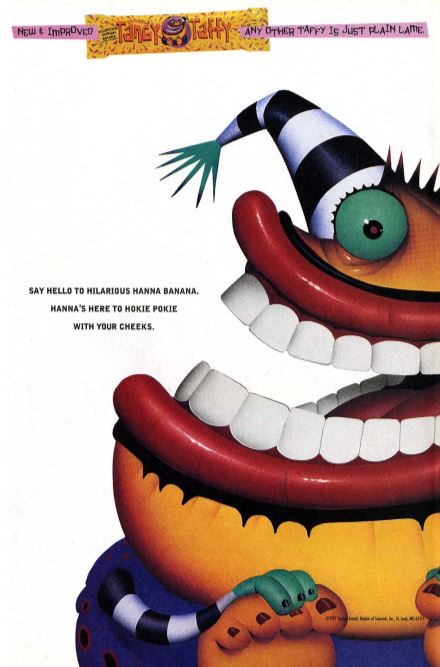 Trivia time: What’s the deal with Rikki Barnes? In Heroes Reborn, she’s the granddaughter of the original WWII Bucky and Agent Peggy Carter. After all the superheroes return to the Marvel Universe in Heroes Return, Rikki stays behind in the Heroes Reborn Universe. She forms the Young Allies to help keep the HR universe from falling into total chaos. After Onslaught Reborn, Rikki finally joined the Marvel Universe proper, calling herself Nomad, and adventuring alongside the Exiles and Arana the Spider. Her surviving outside of the Heroes Reborn Universe is what makes her a chronal anomaly.

Fantastic or frightful? It’s a lot having the reader follow Dr. Doom as he travels back in time each issue, and the premise gives the writers and artist leeway to kill of major characters and blow up cities all they want. But it’s all still too much plot in too few pages, and you just feel exhausted by the time it’s over. 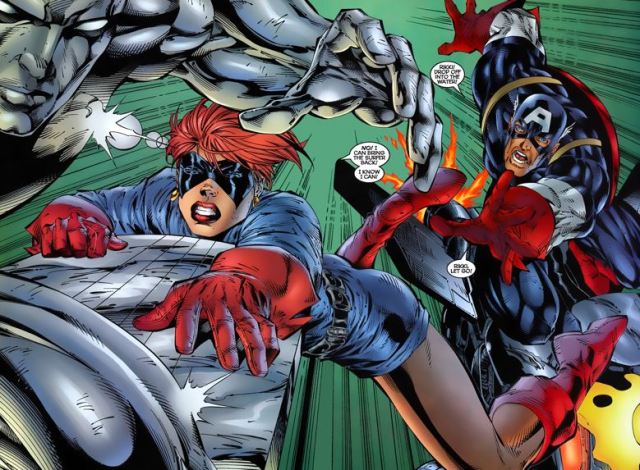 Next: Heroes not zeroes.