Rewatching the Universal Monsters. The ones on the Blu-ray box, at least. Familiar faces, and unfamiliar brains, are here in Ghost of Frankenstein. 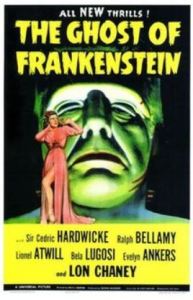 Here’s what happens: Ygor and Frankenstein’s monster, having survived the events of Son of Frankenstein, eventually run into Dr. Frankenstein’s other son, Ludwig. A plot is concocted to “fix” the monster by giving him a new brain. But whose brain?!? 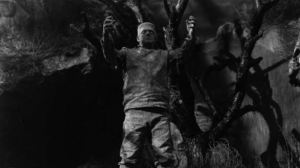 Monster! The big selling point here is that the monster ends up with… Ygor’s brain! Fresh off The Wolf Man, Lon Cheney Jr. plays the monster almost expressionless during the first half of the movie, and then going big and crazy after he becomes Franken-Ygor. Before that happens, Bela Lugosi is back as Ygor. He’s still the master manipulator, but a little less creepy and outsider-ish than he was in Son.

Also a monster! The titular ghost is that of the original Dr. Frankenstein (although now played by Lionel Atwill instead of Colin Clive). The ghost appears only once in the movie, urging Ludwig to put things right by giving the monster a good brain. Is there really a ghost, or has Ludwig inherited his father’s madness? We may never know. 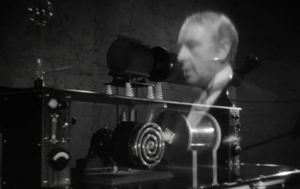 Our hero: Ludwig (also Lionel Atwill) says he’s spent his whole life in this village, suggesting he never knew his father or brother. While he doesn’t have the god complex of his father, he nonetheless is the one who comes up with brain transplants, which is some mad science right there. 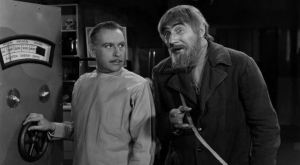 Hapless humans: Now that we’ve introduced the idea of brain transplants, this becomes the driving force of Frankenstein movies going forward. Ludwig wants to put the brain of his friend Dr. Kettering in the monster, Ygor plots with rival scientist Dr. Bohmer to put Ygor’s brain in the monster, and the monster himself wants to put a little girl’s brain in place of his own. The girl, a local villager, isn’t cool with the idea. 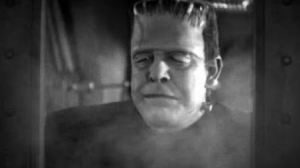 Thrills: The movie opens with a big set piece of villagers destroying Frankenstein castle. The monster kills a few dudes here and there, leading up the big finale where Frank/Ygor trashes Ludwig’s lab, eventually burning the place down.

Laughs: This is a fast-paced monster/surgery flick, with no room for any comic relief. 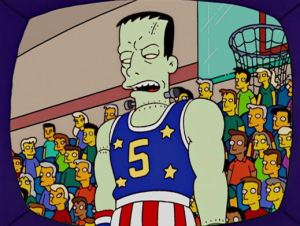 Thoughts upon this viewing: If we’re to view the Universal Monsters as one big saga, then this movie is a major turning point. Frankenstein’s monster essentially dies and is Ygor’s-brain-in-the-monster’s-body from this point forward. As a stand-alone film, it’s just plain crazy, all about monsters, brain transplants, and panicked villagers.