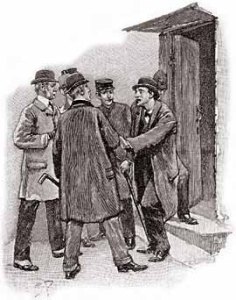 Facts of the case: While Holmes is recovering from illness, he and Watson visit one of Watson’s old army buddies. This friend recently suffered a robbery in which nothing too valuable was stolen. When a similar robbery occurs at a neighbor’s house, this time ending in murder, Holmes can’t help but take the case.

Great detective: A whole lot of story has happened before this one begins. Holmes is ill because he’s recently defeated the sinister Baron Maupertins, in a case that took him across three countries. The details of all this remain left to our imaginations. 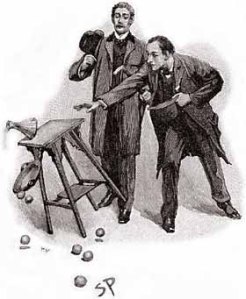 Good doctor: Watson keeps trying to keep Holmes away from the case, telling Holmes to get some rest, etc. This friend of his was one of his patients when he was a medical doctor in Afghanistan.

Action hero: Holmes uses his illness to his advantage, faking “nervous attacks” to throw off suspects. We’re told this illness is rare thanks to his normally iron constitution.

Yes this is canon: Once again, we see Holmes laughing — laughing heartily, even — after outsmarting the burglary suspects. 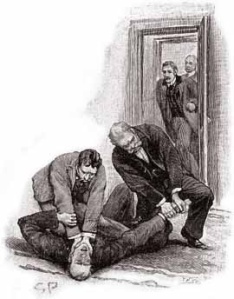 Indubitably: The mystery in this one isn’t much of a mystery, but that’s OK because the story puts Holmes and his eccentricities front and center. That makes it a lot of fun.

Next week: I am not a crook.