Random Warner Bros. – How the West Was Won

Watching all the movies on the Warner Bros. 50-movie box set that I bought for cheap. This week the random number generator blows the lid off with an exercise in Hollywood ambition like no other, How the West Was Won. 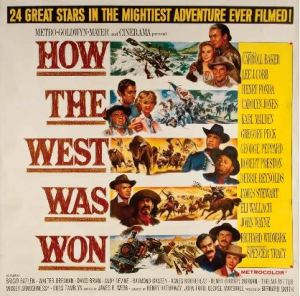 Here’s what happens: This is a generational saga set in the Old West. It more or less follows the lives of two sisters. One marries a wandering mountain man, and their son later gets involved in railroad expansion. The other marries a gambler, and their son gets caught up in the Civil War. 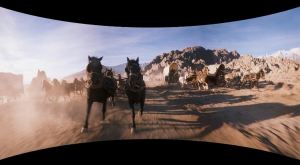 Why it’s famous: Wow, the studio was desperate to compete with television. This movie has big production value, shiny new tech (more on that below) and all the movie stars in one flick — Jimmy Stewart, Debbie Reynolds, Gregory Peck, Henry Fonda, John Wayne, and tons more.

Get your film degree: This… is… Cinerama! How the West Was Won famously employed this somewhat convoluted filming technique. The gist of it is that the camera had three lenses that shot three images side by side. These were then projected onto not one but three movie screens, making for a gigantic rectangle. It was the IMAX of its day. Watching the movie today, the Blu-ray does a good job of removing the seams between the three images, but it’s still obvious where the picture neatly divides into thirds. 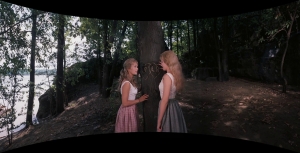 Movie geekishness: When it’s time for an action scene, that’s when the movie reaches the level spectacle it’s going for. The fight against the bandits, the stagecoach chase, the buffalo stampede, and big runaway train finale are thrilling, eye-popping set pieces. 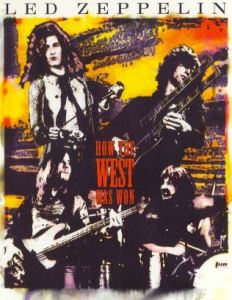 Thoughts upon this viewing: Half movie and half theme park attraction, there is a lot to like about How the West Was Won, but only when knowing the context in which it was made, etc.