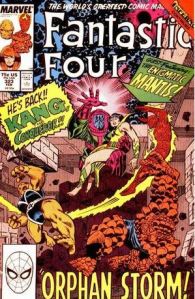 We’re still in the middle of the Inferno crossover, where the X-Men and X-Factor battled demons atop the Empire State Building. This caused demon-related fallout to occur all over NYC, including inanimate objects coming to life. That’s where we find the FF at the start of this issue, out on patrol on the city streets, trying to deal with all this madness. They round a corner and find Mantis fighting some living parking meters. 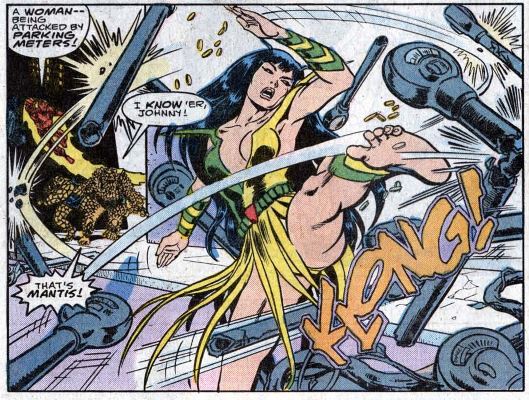 Note that Mantis in the comics is not the gentle alien empath you just met in Guardians of the Galaxy Vol. 2. The original Mantis is Vietnamese, trained from a young age to be a great martial artist, and believed by the Kree aliens to be the “Celestial Madonna.” As such, she tends to take part in various space/cosmic Marvel stories. She has the power to control every part of her body, including autonomous functions, which makes her nearly unbeatable in hand-to-hand combat. She was briefly a member of two separate Avengers teams and she’s had romance with the Swordsman and the Silver Surfer. 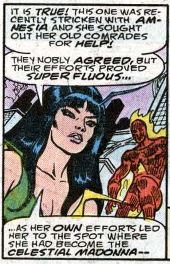 It should also be noted that it was only a matter of time before Mantis showed up in this run of Fantastic Four, since writer Steven Englehart has quite a fascination with this character. Not only did he write her into almost every Marvel title he worked on, but he took her with him to other companies. When he wrote for DC, he introduced Willow (no relation to Ufgood or Rosenberg), who had come from another universe, all but flat-out saying that this was Mantis. Then, when he started his creator-owned work for Eclipse and Image, he introduced Lorelai, with her story picking up where Mantis and Willow’s left off. Lorelai even cameoed in one of Englehart’s novels. Why bring all this up? Because the next two issues are continuing an unfinished Mantis story Englehart began in Avengers. 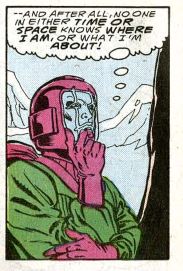 Mantis catches the FF up to speed in a confusingly-written recap. She gave birth to a son, and her “old comrades” took the baby into space. She wants the FF’s help — specifically the FF’s spacecraft — to get the kid back. Johnny is still having trouble turning his flame off, and can only do so with much concentration. Elsewhere Aron the Watcher is still spying on our heroes, saying he needs the FF to enact his plan, while some other mysterious figure spies on him. In another elsewhere, we’re reintroduced to time-travelling supervillain Kang, who is also spying on our heroes. He wants revenge on Mantis for when she defeated him in an Avengers story. 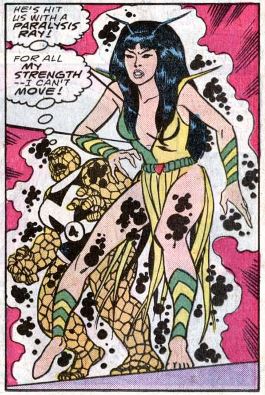 Kang’s ship appears in New York. He attacks the FF, hitting them with a paralysis ray. He abducts Mantis and leaves a bomb behind. Ben, with the increased strength that came with his new mutation, throws the bomb into orbit, where it explodes without harming anyone. Aboard Kang’s ship, Mantis explains she no longer has her Celestial Madonna powers, but Kang says he’ll keep her trapped aboard his ship anyway. 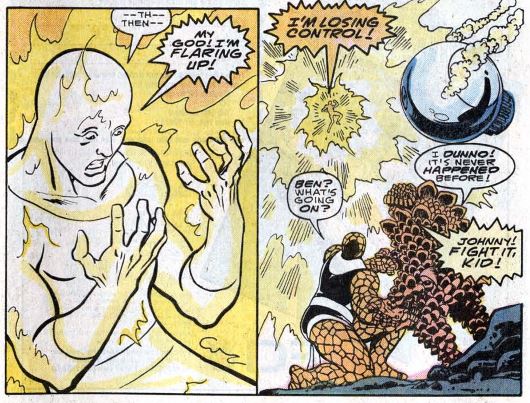 The FF board a Fantasticar and pursue Kang’s ship. Outside of New York, Johnny’s flame is under control again. The strange figure who was spying on Aron is now secretly following the FF. Kang’s ship arrives at Diablo Mountain in front of a giant door he calls “the Door of the Dreaming Celestial.” The FF fight Diablo’s ship, not making much of a dent in its defenses. Johnny loses control of powers again, causing a huge explosion. This doesn’t damage the ship, but it sends Johnny falling off into the distance. Aboard the ship, Kang gloats about his victory, but then turns to see Mantis has disappeared.

Clobberin’ time: During the opening fight scene, the FF banter about their favorite New York sports teams. Ben’s team is the Mets…

Flame on: …Johnny’s team is the Jets…

Fantastic fifth wheel: …and Sharon’s team is the Giants. 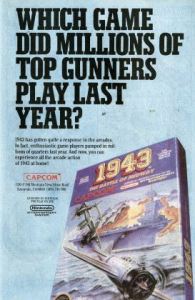 Trivia time: What else happened during Inferno? Mostly, the other Marvel heroes continued their ongoing stories, but with some added demon stuff. A brand new Avengers team formed after an awkward run of issues that had no Avengers. Daredevil got the crap beaten out of him, so he donned a badass covered-with-tattered-bandages outfit to fight back. The Power Pack kids revealed their secret identities to their parents, only for their parents to be mind-wiped and forget. (I think this happened a couple of times.) The Spider-Man books took the most advantage of the crossover, by using Inferno to turn the Lizard from a good guy back into a bad guy, and transforming the Hobgoblin (the second Hobgoblin, that is) from a guy in a goblin mask into an actual goblin.

Fantastic or frightful? This is a tough one to recap, because so much of the issue is Mantis and Kang explaining what happened in previous comics, but doing so in a way that’s so dense and overwritten it’s practically unreadable. The fight scenes have some fun bits, but other than that, ugh.