Watching all the movies on the Warner Bros. 50-movie box set that I bought for cheap. This week the random number generator enjoys long walks on the beach as it selects Chariots of Fire. 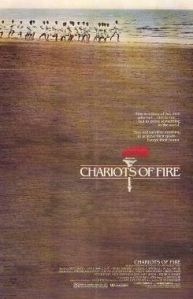 Here’s what happens: It’s the story of two gifted athletes in England in the 1920s. Abraham is a Jew facing much anti-Semitism at Cambridge University. Liddell is a devout Christian who believes his physical prowess is a gift from God. Their paths lead them to the 1924 Olympics, where there is much drama. 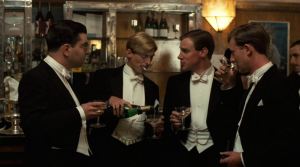 Why it’s famous: A group of guys running on the beach in slow motion while the stirring score by Vangelis plays. This, and the many times it’s been parodied, is pretty much the only thing the movie is known for. 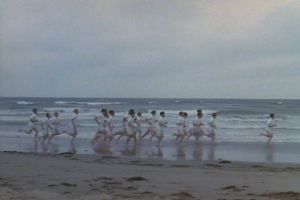 Get your film degree: Most of the characters in the movie are proper English gentlemen, with scene after scene of them very proper and very, very English. The emotion and drama is there, but always simmering under the surface, never really coming out until the big race scenes. And there aren’t as many races as you’d expect from a sports movie. 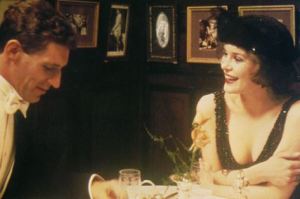 Movie geekishness: A lot of cult-fave actors show up in this one, such as Ian Holm as a running coach, John Gielgud as a stately educator, and Patrick Magee as a hardass Olympic official. Best of all, though, is Alice Krige, Star Trek’s Borg queen, as a love interest. Turns out she is quite charming and lovely without her Borg implants. 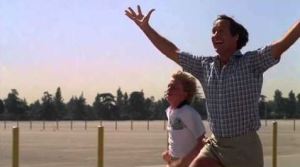 Thoughts upon this viewing: This movie is beautiful to look at, but awfully dull at times. Maybe I’m just not English enough.