Friday the 13th: The Series rewatch – The Great Montarro

Episode six takes us deep into the world stage magic, with some actual demonic magic thrown in, for “The Great Montarro.”

A magician, Fahteem, steps into a coffin, which is impaled with swords, only for him to walk out unscathed. What the audience doesn’t know is that there is an identical coffin backstage where a victim receives the injuries in Fahteem’s place. After the show, an unseen person murders Fahteem and takes both coffins. Micki, Ryan and Jack learn of the death, and read about the coffins in the store’s manifest.

Jack brings back his old magic act, the Great Mad Marshak, to enter a magicians’ competition in the city, where the coffins have been spotted. From there, the episode is a whodunit, with a cast of kooky magician characters among the suspects. After a few more grisly murders, the killer is revealed to be one magician’s daughter, also his assistant. She locks Micki in one coffin while the magician does his act. Jack and Ryan rescue Micki, the magician dies, and the assistant (presumably) is off to jail for killing him and the others.

When the show is smart: The stage magician theme means we can have murders committed by elaborate death traps, which means the show’s creators get to be more creative than just a killer with a machete.

When the show is cheesy: Being a whodunit, there are some subplots and red herrings that don’t quite make sense. Two of the deaths are only barely related to main story, and I wonder if they only happened because this is a horror show and they’ve got to keep the killings going so people don’t change the channel. 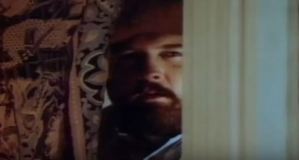 Devilish dialogue: Micki: “How long did you say it takes for that rope to burn through?” Jack: “Oh, lots of time. Almost a minute.” Micki: “It took you 85 seconds.” Jack: “Well, it’s faster upside down.”

– The story takes place in and around the Magic Temple, obviously based on LA’s famous Magic Castle. The episode, though, like every episode, was filmed in Vancouver.

– This is one of several episodes featuring unusually large antiques, raising a question as to how they fit inside the vault beneath the antique store. This won’t be dealt with until season three.

The family that escapes straightjackets together, stays together.

Back in the vault: A stand-alone episode that almost all plot and little character. It’s entertaining enough for what it is, but it’s not the show at its best.