Rewatching the Universal monsters! The ones on the Blu-ray box, at least. In 1931, there wasn’t just one Dracula movie, there were two. Here’s the Spanish language version, known among fans as “Spanish Dracula.” 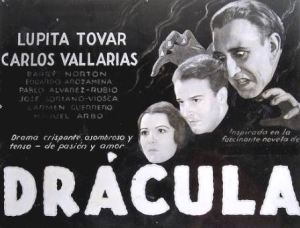 Here’s what happens: You’ve all heard the story by now. The Spanish language version of Dracula was made by casting Spanish-speaking actors who filmed their scenes at night on the sets of Dracula, using the same script. The two versions of the movie are mostly the same, but all the little differences are fascinating. 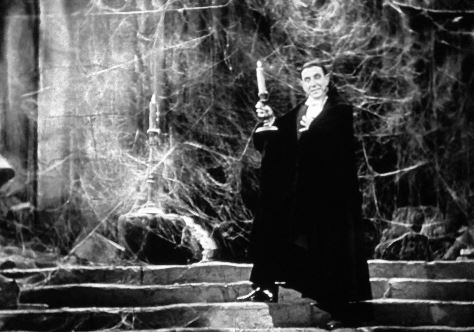 Monster!: Carlos Villarias plays Dracula as bug-eyed and grinning throughout. It gives the impression that this is all a game for him, and Drac is merely toying with his future victims

Also a monster!: As Renfield, actor Pablo Alvarez Rubio takes a go-big-or-go-home approach as the character, screaming and shrieking his way through every scene. The guy exhausted me. Dracula’s three brides are considerably different in this version, more animalistic than ghostly. 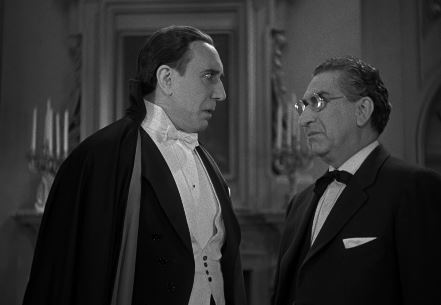 Our hero: Eduardo Arozamena plays a younger and more rugged version of Van Helsing, but without Edward Van Sloan’s gravitas. He has one great scene, though, when he tricks Dracula with a cross.

Hapless humans: The movie’s best performance is definitely Lupita Tovar as Eva (formerly Mina). She brings the “feisty Latina” thing to the role, outshining all her costars. Eva’s friend Lucia (formerly Lucy) expresses some romantic desire for Dracula. Could this be the beginning of the evolution of Dracula as a romantic figure rather than a horrifying monster? 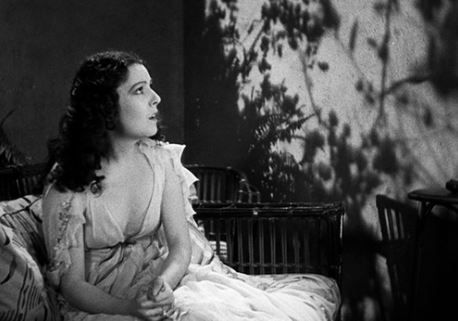 Frights: One of the reasons this version is beloved is how it ups the ante with sex n’ violence, including some actual teeth-on-neck action. Pretty tame when compared to, say, Dead Alive, but it must have really been something in 1931.

Laughs: Manuel Arbo doesn’t make much of an impression as Martin, the blue collar voice of reason. He laughs at his own joke at one point, which is kind of annoying.

Thoughts upon this viewing: The camera work is a lot flashier and the movie spells out things left vague in the original. But, what we gain in clarity we lose in Tod Browning’s shadowy gothic atmosphere. Everything is brightly lit, and the fog and shadows are sorely missed. Even though I had a lot of fun watching it, it’s a mixed bag. 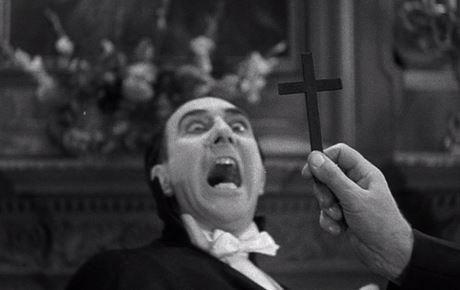 Next: Let’s all get promethean.