Reading the Fantastic Four comics from the start. In less than a year’s time, Heroes Reborn crashed and burned. Here’s vol. 2 issue #10, and the writing is on the wall. Superstar artist Jim Lee came back to Marvel to reboot Fantastic Four, but as of this issue he only gets a co-plotter credit, leaving the scripting to Brandon Choi and art to Ron Lim. 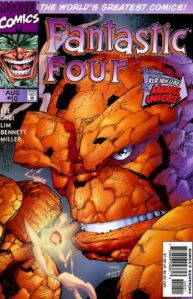 In this alternate universe take on our heroes, the FF have traveled to the Himalayas, where they’ve become reluctant allies with the Inhumans. Maximus the Mad has traveled into caves beneath the Inhumans’ hidden city of Attilan to take control of the Terrigen mists that give the Inhumans their powers. Before catching up with that plot, though, we spend a few pages with Galactus as he devours a small planetoid. He tells his herald Plasma that it isn’t enough, and he still hungers. He sets course for Earth – or as he calls it, “Earth Prime!” 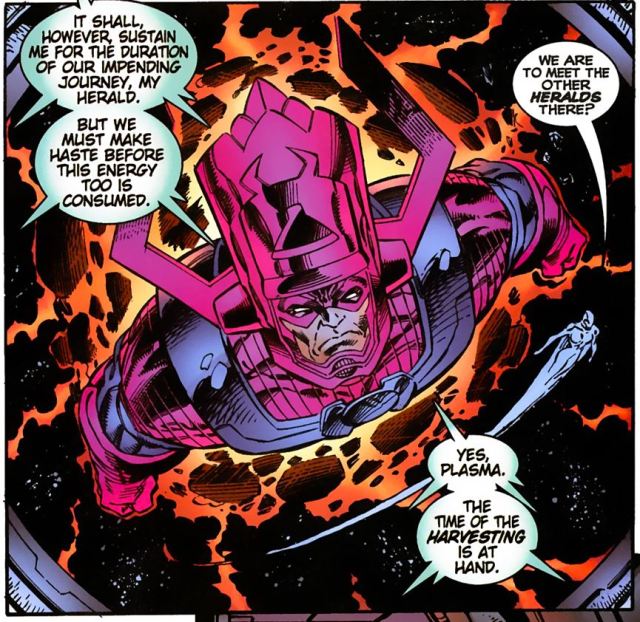 In the Himalayas, Maximus does the villain monologue thing, saying the “great devourer” is coming to Earth, and only the strongest will survive. He’s gathered his own army, made up of Terrigen-powered Alpha-primitives and some of the Mole Man’s Moloids. Medusa tries to negotiate with him, saying this conflict could destroy Attilan. Maximus insists that only he can rule the Inhumans, so everybody fights. Medusa keeps trying to reason with Maximus, even as he surrounds himself with his monsters, so the FF and Inhumans can’t fight their way to him. Reed deduces that Maximus is controlling the monsters telepathically and they must break the mind-link.

By working together, Ben, Karnak and Gorgon (who, let’s not forget, once singlehandedly defeated the entire FF) clear a path to Maximus. Crystal is the first to reach him, only for him to knock her out with a mind-blast. Maximus takes Crystal deeper into the caves, saying he’ll make her his bride (dude, she’s your sister-in-law). Johnny attacks with rage, and Maximus nearly drops a tunnel on him. Johnny says Crystal risked her life to save him when they first met, and he’d do the same for her. 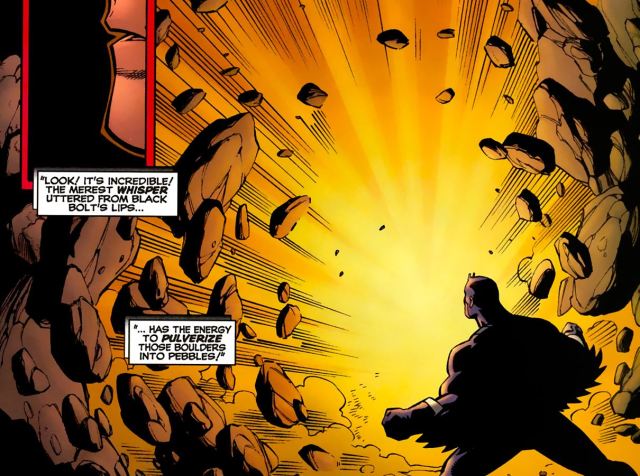 Black Bolt uses his super-destructive voice to open the collapsed tunnel. He does so with “the merest whisper,” although we’re not privy to what he might have said. Maximus takes Crystal to his lab, which is somehow also in this forbidden tunnels. He attaches Crystal to his “creation device,” which he says will advance her “evolutionary power.” The FF and the Inhumans smash through the nearest wall, but everyone hangs back for a Johnny vs. Maximus showdown. Johnny dodges Maximus’ psychic blasts (?) and punches out Maximus.

Crystal is removed the device and is rushed back to Attilan for medical attention. The FF and Black Bolt stay behind as Black Bolt ponders what to do with the creation device. Reed narrates, saying if Black Bolt destroys the machine, he’s putting the survival of the Inhumans at risk, but if he allows it stay, the whole world might be in jeopardy.

Cut to later, when the FF are honored guests at an Inhuman celebration, complete with scantily-clad dancing girls. Medusa says the FF have their freedom, as they’ve proven themselves to be friends of the Inhumans. Johnny and Crystal have a romantic kiss goodbye with Ben, Karnak and Gorgon spy on them. Then we see Maximus in a straightjacket in what appears to some sort of Inhuman hospital. He’s ranting about how it’s too late, and the great devourer is coming.

Then there’s an epilogue in Latveria, where Dr. Doom is nearly recovered from injuries following his fight with the FF and the Silver Surfer a few issues back. A second Dr. Doom, with more technologically advanced armor, teleports into the room, gives Doom a keycard and then vanishes. Doom realizes that this is an improved version of a keycard for his newest project, a “chrono-displacement mechanism. “Most intriguing,” he says.

Unstable molecule: While it’s normally Medusa who speaks on behalf of what Black Bolt is thinking, Reed does it in this issue. I guess we can chalk that up to his genius deductive reasoning.

Fade out: Sue is the one calling out orders during the battle, saying she’ll cover her teammates flank.

Clobberin’ time: Ben’s plan for breaking through Maximus’ defenses is to throw a monster at Karnak and Gorgon, so that the two Inhumans can then punch it towards Maximus. It’s a new variation of the X-Men’s classic “fastball special.”

Flame on: A new artist usually means tweaks to the characters’ looks. In this one, Johnny is back to his blue FF uniform instead of the orange-and-yellow one, but he keeps his bright red headband for some reason. Were headbands “extreme ‘90s”? I don’t think they were.

Fantastic fifth wheel: Johnny and Crystal’s instant romance might seem out of nowhere, but remember that’s how it was when they originally met back in the Lee/Kirby days, in which they had a deep, intense love after barely meeting.

Four and a half: This is the first appearance of Galactus’ herald Plasma. Further, Plasma only appears in the Heroes Reborn universe, and nowhere else in continuity. Because Heroes Reborn was created by Franklin’s reality-bending powers, this makes Plasma entirely a figment of Franklin’s imagination.

Commercial break: The cover advertises “Featuring your new guide to the Marvel Universe.” I guess this refers to a three-page preview of Marvel’s short-lived Quicksilver solo comic, a text-with-illustrations rundown of Quicksilver’s history. The Quicksilver series lasted 13 issues before it was cancelled. 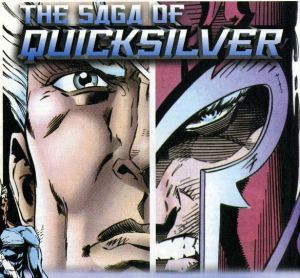 Trivia time: What are Maximus’ powers, again? For this, we turn once again to our old friend The Official Handbook of the Marvel Universe: Deluxe Edition. The handbook tells us Maximus can “override the thought processes of other brains around him.” This isn’t exactly mind control, but the power to numb minds and sometimes influence behavior. This is why he’s often surrounded by the Alpha-primitives. Because they are so animalistic, he can mentally command them much easier. As far as this issue goes, I think we can assume he went through his own machine to amplify his powers so he can throw around psychic blasts. Of course, Maximus also has a genius-level intellect. Maximus’ portrait in the Handbook was drawn by Tom Palmer. 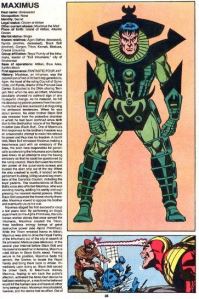 Fantastic or frightful? I like Ron Lim’s artwork, but the switch from Jim Lee to him is jarring. The Image crowd who bought this issue for Jim Lee were no doubt disappointed. The big fight had some fun bits, but Maximus wasn’t much of a threat this time around. Only one more story arc to go before we’re back in the good ol’ Marvel Universe. 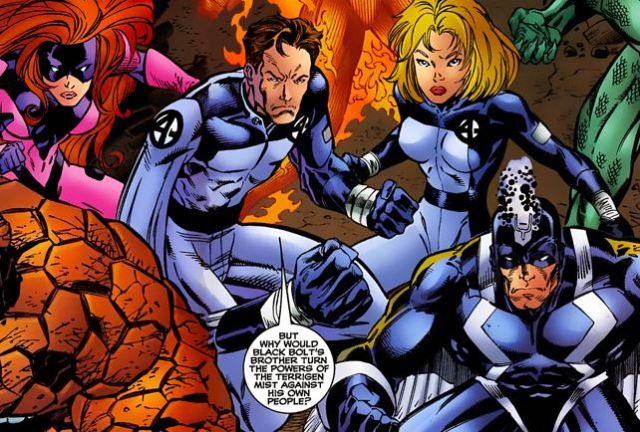