Rewatching 21 Jump Street! Huddle up for season three, episode four, “Coach of the Year.” Are you ready for some football?!?

What’s goin’ down: After a high school football star is seriously injured, the Jump Street crew suspect the coach is up to no good, pushing his players too hard. To investigate, Penhall and Booker are undercover to join the team. 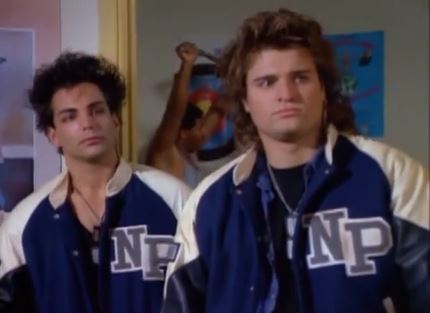 Here’s Hanson: Hanson’s still dating Jackie, a DA, who gets involved in the case. They try, with some futility, to keep their relationship a secret.

Penhall’s prerogatives: Penhall is delighted at the chance of being a football star. He reveals that when he was in high school, he had a lousy coach and therefore never had a chance for the big victory. Booker and the others worry that he’s taking his role on the team too seriously.

Book ‘em: Booker’s job is to let Penhall bang him up real good on the football, so no teens get injured. There’s immediate tension between Booker and Penhall, but Booker’s tell-it-like-it-is bad attitude manages to cut through Penhall’s bluster and get him to see what’s really important.

Undercover blues: Of course it all comes down to the big game, where Penhall’s leg is injured and he must make a choice — either take himself out of the game, or keep playing and risk further injury in the pursuit of glory. He takes himself out, which inspires another player to come clean about the coach’s sinister ways. 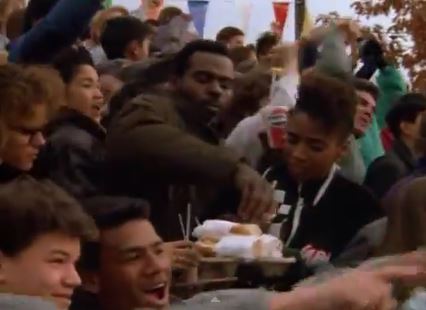 On a more “up” note, the entire Jump Street crew attends the big game, cheering for Penhall and Booker. It’s fun to see them all together like this, reinforcing how this group has come to feel like a family of sorts.

Torn from today’s headlines: For several episodes in a row now, Ioki has been wearing shirts with a “Board Fetish” logo and a picture of a surfboard. This has to be a reference to something ’80-specific, but I can’t find out what. (Googling the word “fetish” brings up all kinds of things.) 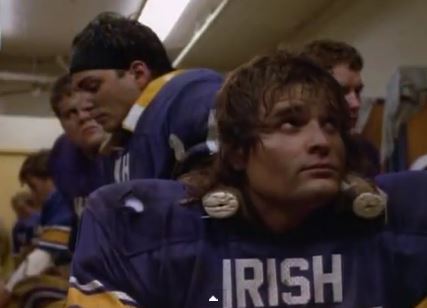 Why are they all grimy and sweaty before the game? Wait, don’t answer that.

Jumpin’ or not? Despite all the heady drama of last week’s episode, this one does a much better job of developing Penhall’s character and really letting us know what makes him tick. Also, the production value is still on the rise this season. The football scenes feel very cinematic, with a lot of slow-mo and quick cuts to flashbacks, which keep things interesting and dramatic. It’s jumpin’!

Next: Let’s get clinical.