21 Jump Street rewatch: “Whose Choice Is It Anyway?”

Rewatching 21 Jump Street! Time for another hot-button topic in season three, episode five, “Whose Choice Is It Anyway?”

What’s goin’ down: An abortion clinic is vandalized. Evidence suggests that it was an inside job, but the protestors outside sure look suspicious. Hoffs poses as a pregnant girl to investigate the place, while Ioki is under cover among the protestors. 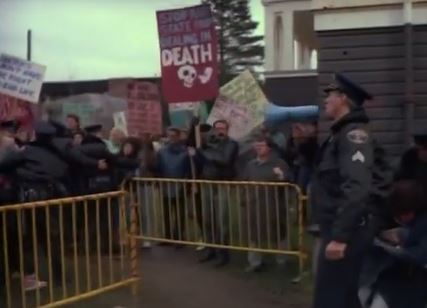 Here’s Hanson/Penhall’s prerogatives/Book ‘em: The subplot has to do with Jump Street’s janitor Blowfish having marital troubles at home, so Hanson, Penhall, and Booker conspire to find a woman to be nice to him, to build up his self-esteem. It goes too far, with Blowfish cheating on his wife. Interesting that Booker is “one of the guys” at the start of this story, and goes back to antagonizing his fellow cops by the end. 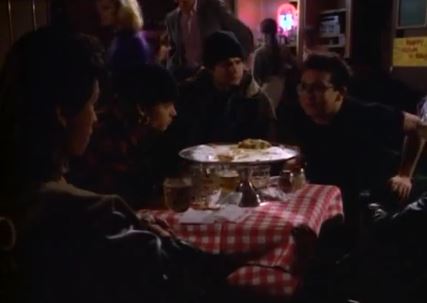 Undercover blues: Hoffs befriends a pregnant girl, who is torn about what to do. Hoffs eventually breaks down in tears, saying that this is one situation that she doesn’t have all the answers for. She later reveals an incident from her past that explains why this case hits so close to home for her. 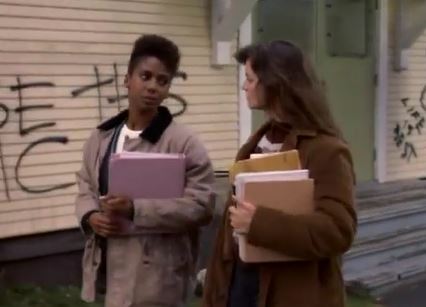 Goin’ to the chapel: Random junk seen in the background of the Jump Street chapel this week includes a 1950s Coke machine, a tiny metal horse statue on top of a filing cabinet, and a star shaped neon sign.

Torn from today’s headlines: There’s probably no more divisive topic than abortion (except maybe whether the Enterprise could destroy the Death Star), and this episode falls mostly on the side of the “Let’s feel bad for the pregnant teens” side of the issue. There were shootings at abortion clinics in the late ‘80s, no doubt an inspiration for this episode. On a lighter note, the English comedy improv show Whose Line Is It Anyway? debuted the same year as this episode. Both are named after a 1972 play, Whose Life Is It Anyway? that was adapted into a film in 1981. 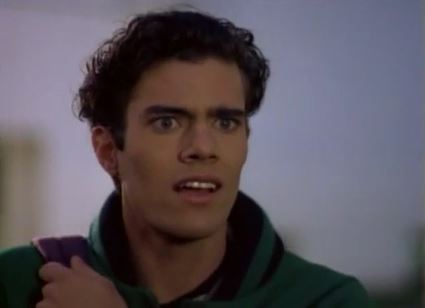 “I didn’t kill Laura Palmer, I loved her!”

One girl’s skeezy boyfriend is played by Dana Ashbrook, who went on to playing Bobby on my all-time favorite TV show, Twin Peaks. He brings the same wild intensity to this episode as he did in Twin Peaks. Ashbrook is the third Peaks regular to appear on the show, after Sherilyn Fenn and Don Davis.

Jumpin’ or not: The creators do a better job of approaching sensitive subject matter this time, rather than just trying to shock audiences. It’s a heavy episode that almost leaps from drama to melodrama. It’s good, but not up there with the show’s best. Not jumpin’.