Watching all the movies on the Warner Bros. 50-movie box set that I bought for cheap. This week the random number generator yawns during the opera, making things tough for Amadeus. 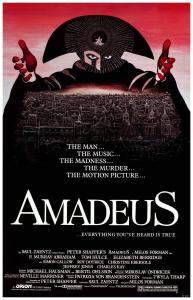 Here’s what happens: Salieri is the most respected composer in the emperor’s court, until unsophisticated young upstart Mozart shows up. Salieri is overcome with jealously over Mozart’s genius, so he plots to ruin and eventually kill Mozart, even after learning of Mozart’s troubled home life. 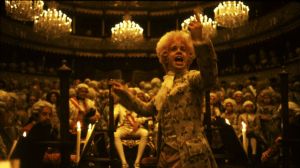 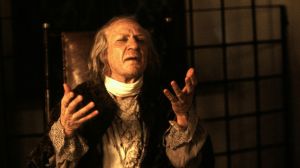 Get your film degree: This Blu-ray is the director’s cut, adding 25 minutes to an already long movie. Forman claims that the material was cut because they didn’t know if the movie would be a success in the MTV era. After it did well and won tons of Oscars, Forman added the deleted material back in, with his argument being that folks like the movie, so here’s giving them more of it.

Movie geekishness: Actor Tom Hulce has the most show-offy role as Mozart, but it’s odd that he never really exploded into superstardom. His roles have been built around three bizarre points of Amadeus, Animal House, and Disney’s Hercules. The internet informs me that these days he produces and directs live theater, not bothering with Hollywood. 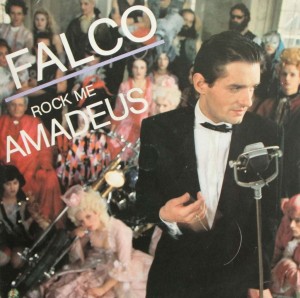 Thoughts upon this viewing: Amadeus sometimes has a reputation for being too long, but this time, even with the longer director’s cut, I wasn’t feeling the time. It flew by, as I was once again immersed in the characters, the world, and the music. Just great filmmaking all around.

Next week: And I…