Here’s what’s happening. After their fight with Ronan the Accuser in issue #15, the FF have found themselves teleported to an alternate timeline. A deeply-buried single sentence of exposition in issue #16 states that the team’s teleporter (which they just have on them, somehow) is malfunctioning, so that every time they teleport, they have no idea which parallel universe they’ll end up in next, or how to get home. So, yes, this run of issues is just straight-up Sliders. 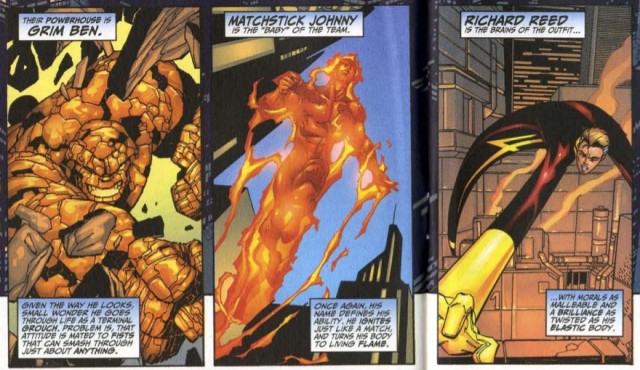 You’ll recall that issue #16 had our heroes running around a post-apocalypse. Now, in issue #17, we go to Shadow City, where superheroes Lockdown and Rosetta Stone are pursuing supervillains the Tetrad, made up of Grim Ben, Matchstick Johnny, Richard Reed, and Stormy Sue, alongside fellow criminals the Twisted Sisters. It’s revealed that FF’s memories have gone screwy, except for Reed. He’s the only one who remembers Earth, so he’s keeping up the façade of being a master criminal until he can figure out a way to get him and the others back home with their memories intact. 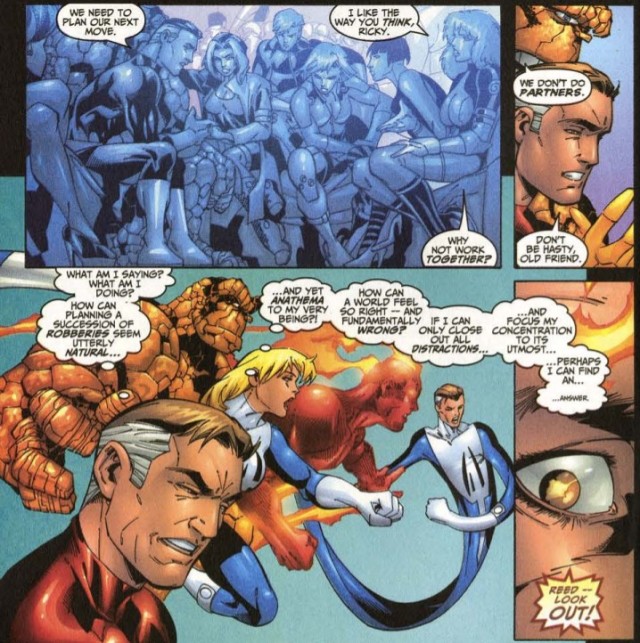 Then you turn the page, and just like that the FF are themselves again, having abruptly teleported to an abandoned high-tech facility inside the Negative Zone.  They have their memories back, and we see Sue is still mutating into a half-alien form, because the parasite-like “mannequin” alien is attached to her. The team is attacked by robots designed to incapacitate and immobilize intruders. Reed manages to hack on just before it takes him out.

Turn the page again, and now we’re back in Shadow City with the Tetrad, and Reed pretending to be the bad guy. He somehow deduces this whole Shadow City setup is one big virtual reality construct the FF have found themselves in. There’s another fight with Lockdown, but Reed throws the fight and surrenders to prevent his brainwashed teammates from committing murder.

Issue #18 starts with the Tetrad locked up in a gigantic prison, the “Bedlam Purgotorium.” Reed stretches his lungs to absurd size to exhale a specific sound frequency to break down the walls of the prison. As everyone makes their escape, the Twisted Sisters – including Sue – merge into a single being named Torque (they’re like the Crystal Gems, apparently.) But Sue rejects the transformation and gets her memories back. Lockdown arrives to stop the jailbreak. While Reed confronts him, Sue escapes from the VR machine, getting her humanity back in the process. Reed and the others then also escape from the virtual world, revealing that there’s an entire underground city of people cooked up to it. Yes, we’ve gone from Sliders to The Matrix. They teleport away, while Lockdown, now aware of the FF’s true existence, swears revenge.

Issue #19 starts with quick glimpses of other universes the FF are visiting during this Sliders phase, including a giant monster world, a world of all robots, some sort of sky-pirates world, and world of nothing but spiders. The seemingly return to the Negative Zone, and Reed says the teleporter can only be used one more time. This planet they’re on is invaded by Annihilus. The FF infiltrates Annihilus’ ship, with Reed fearing Annihilus has stolen some of Reed’s tech from ruins of Four Freedoms Plaza. The heroes fight Annihilus himself. Reed swipes Annihilus’ cosmic control rod and fuses it with his teleporter. There’s a big action scene where the FF escapes from Annihilus and flies through a dangerous portal, but it works taking them back to Earth. They crash land in Paris, France, only to discover that the Eiffel Tower is now… made of bone?!?

To be continued (but they ARE back on Earth, finally)!

Unstable molecule: There’s a short flashback scene of Reed in his younger years, where he and his childhood friend Alyssa Moy are seen in an Indiana Jones/Tomb Raider style adventure, rescuing a young Tibetan prince from danger. This is setting up an upcoming Before the Fantastic Four miniseries.

Fade out: Is it weird that Sue gets a foot rub from Johnny, her brother? I think it might be weird.

Clobberin’ time: To get back to Earth, Sue creates a spaceship-shaped force field, which Ben is then able to steer thanks to his piloting skills? OK comic book, if you say so.

Flame on: Johnny is the most murderous member of the Tetrad. Reed has to extinguish Johnny’s flame to prevent him from killing. Does this suggest a rarely-seen dark side for him?

Commercial break: Remember when D’Amato pulled out the eliminator to stop the Quakes from scoring ten points on the final jam, forcing Kenneth Loge to walk out of the stadium? What do you mean, you don’t know what I’m talking about? 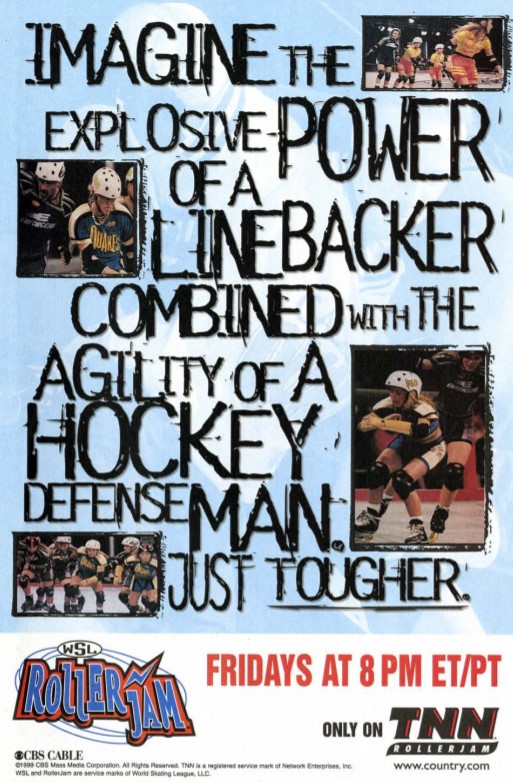 Trivia time: Lockdown and Rosetta Stone only appeared once after this, in 1999’s Contest of Champions II. A few pages in these issues give some backstory. By night they are Batman-like crimefighters. By day Rosetta Stone is Nefer Neith Sinue, a billionaire living an extravagant lifestyle, and Lockdown is Jojo Jimanye, her secretary/bodyguard.

Similarly, the Twisted Sisters would also return only once, in X-Men vol. 2 #105, where a mystery man hired them to kill Psylocke. The mystery man’s identity was never revealed, although Chris Claremont said in an interview that it was going to be Stryfe. The members of the Twisted Sisters are Helix, Gyre, Ringlet, Coil, and Torque.

Fantastic or frightful? I’m tired. These comics are crammed with so much content only to rush through it all, I can barely keep up. The whole setup of the Tetrad vs. Lockdown and Rosetta Stone is really interesting, and would make a great seven-issue arc for a trade, but instead we speed through it in just a few pages, skipping ahead to other storylines also wrapped up in a few pages. It’s frustrating. 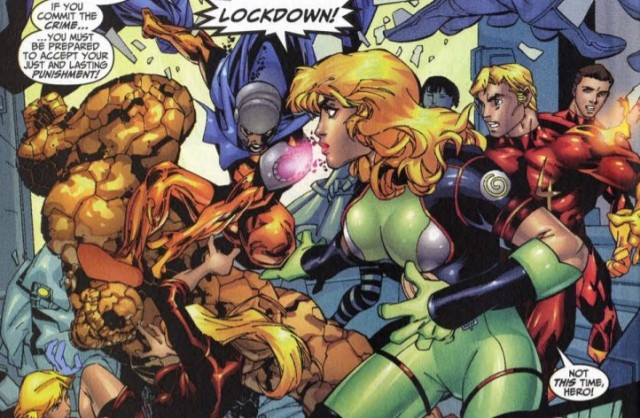