21 Jump Street rewatch: “The Dragon and the Angel”

Rewatching 21 Jump Street! Ioki is a man without a country in season three, episode seven, “The Dragon and the Angel.”

What’s goin’ down: While out on the town one night, Ioki runs into a Vietnamese gang. This becomes his next undercover case, where his loyalties are once again tested. 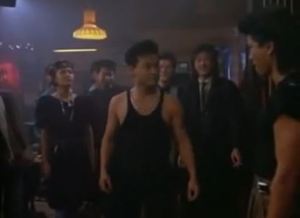 Here’s Hanson: During a gunfight with the gang members, Hanson is shot… in the butt! Penhall goes overboard in trying to help out his partner.

Penhall’s prerogatives: Uh-oh! Turns out Penhall is the one who shot Hanson, on accident of course. He’s wracked with guilt and wants to make everything better. 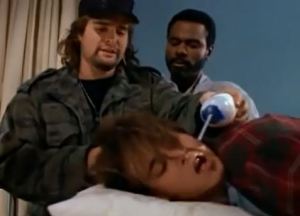 Undercover blues: Ioki befriends the gang leader’s girlfriend’s father (long story), who says he can find Ioki’s grandmother, still alive in Vietnam. Ioki then learns this guy is a communist, and therefore cannot be trusted.

Goin’ to the chapel: Ioki and Captain Fuller have a heart-to-heart about temptation to leave policing and join “the other side.” So, if the police station is also a chapel, does that mean Fuller’s office is where the characters go to confess? 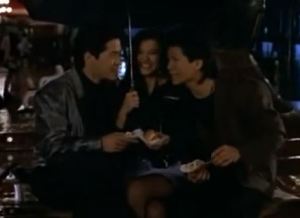 Best thing about joining a gang? Hot dogs in the rain.

Torn from today’s headlines: Let’s see… gang violence, communism, political fallout from the Vietnam War – this one has it all.

Trivia time: This episode was an early role for actress Kelly Hu, who’s gone on to have a hugely successful career, staring in X-Men 2, The Scorpion King, Vampire Diaries, and Arrow. 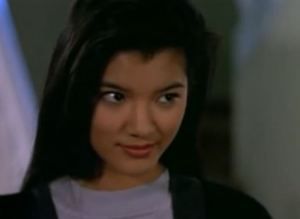 “I have adamantium fingernails.”

Jumpin’ or not? The Hanson/Penhall subplot is great fun, really demonstrating what great chemistry these guys have. The main plot, though, is rather dull. This is mostly because there’s no real suspense. Because this is television, it’s no surprise that Ioki will choose to go back to being a good guy at the end. Not jumpin’.