Re-reading the original Sherlock Holmes stories. You know The Beryl Coronet is going to be an interesting one when the first sentence has Watson saying, “Here is a madman coming along.” 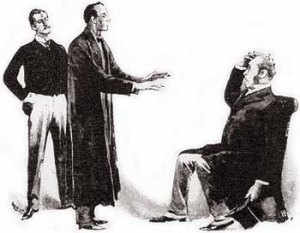 Facts of the case: The “madman” is a banker named Holder, desperate for help. A valuable crown has been placed in his care, only for three gems to be broken off of it. He suspects his son, but Holmes has other ideas.

Great detective: Holmes’ skills with disguise come into play again, as he dresses as a “common loafer” to track down the suspects in London’s West End (maybe he saw Blood Brothers while he was there). His ability to “read” footprints in snow is key to solving the case as well. 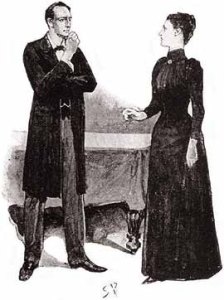 Good doctor: There’s a funny bit where Holder’s niece mistakenly thinks Watson is Holmes, and Watson has to correct her. 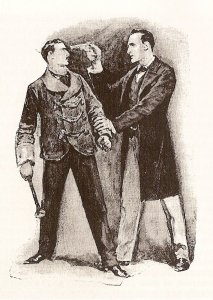 Action hero: One of the suspects is the villainous Sir George Burnwell, who Holmes describes as the worst man in all of England. Holmes takes no chances when he confronts Burnwell at the end, drawing his pistol and aiming it right at Burnwell’s head.

Yes this is canon: We’re told that Holmes often disappears for days at a time, with no one knowing where he’s run off to. 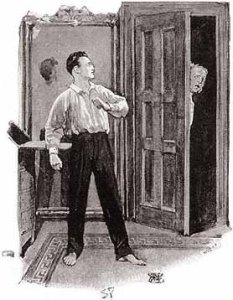 Indubitably: This is one of the longer stories, and it takes a while to get going. Once it does, though, there is a lot of fun to be had. You want the writer to get to the point, but along the way there are some great character moments. So, a mixed bag.

Next week: The best kind of Sneetches on the beeches.