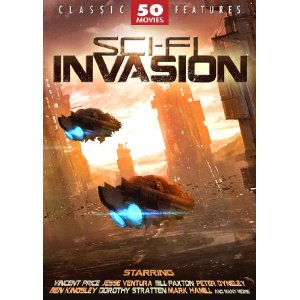 A while back, I bought this 50-movie set, Sci-fi Invasion, for five bucks. That added up to ten cents per movie. I went and watched all of them. Here are the highlights:

Favorite speculative spectacle: Battle Beyond the Sun takes place after World War III, in which the Earth’s two surviving factions, “North Hemis” and “South Hemis,” are in a race to put the first man on Mars. The best part: This takes place in the far-distant future of 1997! 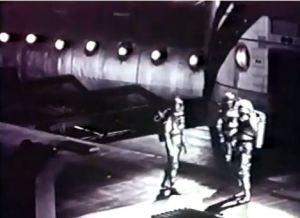 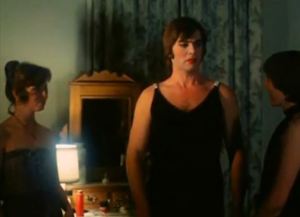 Favorite quantum quotable: From Star Knight: Harvey Keitel: “Sire, surely thou canst not doubt my forceful courage. A hundred trials I have fought and, forsooth, have triumphed over each one. If I were knighted, and made Sir Klever, the vassals would respect me more, and thus would be eased the rigors of your reign.” Medieval King: “Must you speak like that?” 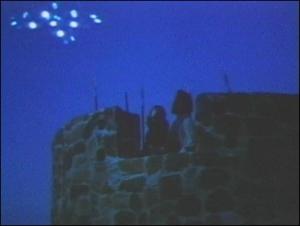 Favorite what the felgercarb: 1934’s Life Begins centers its finale on actual footage of veterinarians performing surgery on a dog, successfully reviving it after it had been euthanized. It’s supposed to be all life-affirming, but instead it’s incredibly creepy. 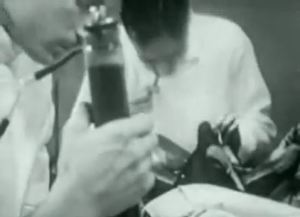 Favorite trivia time: From the three Rocky Jones films. More than 20 episodes of the Rocky Jones Space Ranger TV show had already been made by the time the first one, Beyond the Moon, aired. Then, the same month as the premiere, actor Scotty Beckett, who plays Rocky’s sidekick Winky, was arrested following an armed robbery in Hollywood. He made bail and fled to Mexico, where he got into a gunfight with local cops before being caught again and incarcerated for four months. Holy crap! 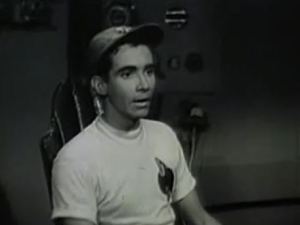 Hey, I only count 48 movies: I skipped two of them, The Creeping Terror and Fugitive Alien, because they were both featured on well-known episodes of Mystery Science Theater 3000. He tried to kill me with a forklift!

Favorite poster: One of the most fun things about this series has been looking up the original posters and home video cover art for each movie. The one from 1968’s It’s Alive takes the cake: 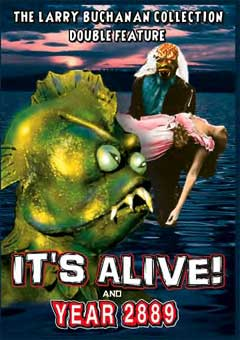 WORST ten cent movie: Eyes Behind the Stars, simply because of how boring it is. Nothing happens! 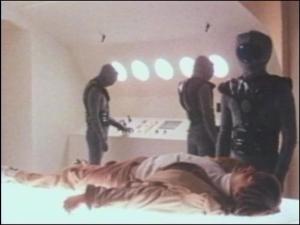 BEST ten cent movie: Future Hunters. It’s everything a B-movie should be. Why? The action doesn’t stop. There’s always something exciting happening, as it rockets from one chase or fight to the next. Next time you want to want to watch a “roller coaster ride” movie, make it Future Hunters. 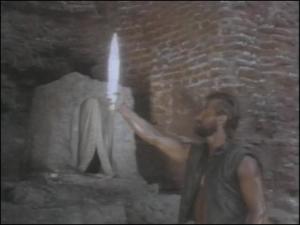 That’s that. What should I do next with this blog?